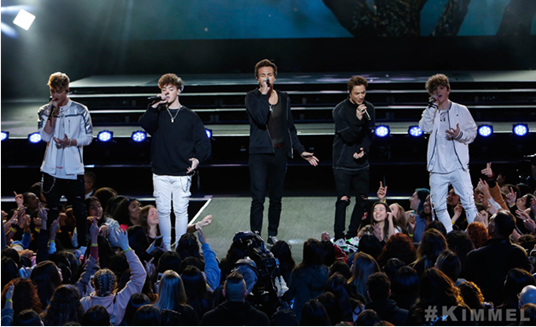 Why Don’t We Announce Summer Tour

Get ready! Why Don’t We has extended their spring headliner 8 Letters Tour into a summer tour!

Tickets for the new dates go on sale Saturday, February 23rd at 10 AM. Starting on March 20th in Phoenix, Arizona, the tour already has six sold out dates, including Radio City Music Hall in New York City! All information on tickets can be found on www.whydontwemusic.com. Check out all the dates below, as well as the band’s latest song, “Cold in LA”!

Twenty six, majored in what most understand as the ability to speak, but is actually Communication, from Saint Xavier University. Proud born and raised Chicagoan! Enjoys music, the Chicago Blackhawks, Zac Efron, Harry Potter, Disney, and spending too much time on the Internet.

← Previous Story EXCLUSIVE: Hunter Hayes Interview On His “Closer To You Tour” and New Album
Next Story → Maren Morris Releases “The Bones”