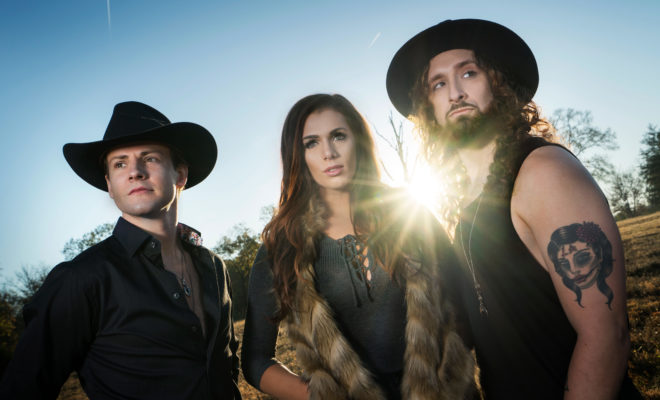 Get ready to meet your next county obsession!

SRS: “Why did you choose to be called The SLVR Tongues?”

“We were throwing around multiple band name ideas… “The Silver Tongues” really stuck with us, but we knew we couldn’t go with the original spelling because it was too many characters for twitter. We messed around with a bunch of variations of the name, but we ultimately decided on “The SLVR Tongues” and we never looked back. It’s so cool because we have so many “SLVR” things around our house (we all live together). We’ve really created this identity for ourselves and we love it.”

SRS: “How would you best describe the dynamics of your group?”

“We’ve learned that we all have areas that we’re strongest in, and we try to let that member lead the way, but help each other out when necessary. When it comes to business, Peter is kind of our expert. When it comes to performing, James is by far the most experienced. When it comes to writing, Hannah really shines. We all kind of just find the places we fit and work with it… like a weird sounding sandwich that somehow tastes great.” 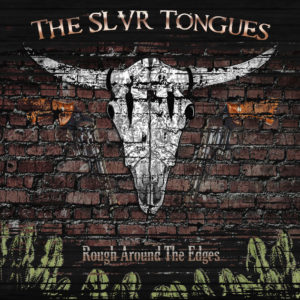 SRS: “You have a great debut EP out! Can we hope a full length will be released soon?”

“That is absolutely in the works! We’ve been writing a TON of songs that we can’t wait to get recorded!!”

SRS: “Your second single “S-Class” is a finalist in the 2017 International Songwriting Competition. Past winners include The Band Perry, Bastille and Vance Joy. Congratulations! What was the songwriting process like for that song?”

“Aw shucks, thank you! Our writing always includes a ton of candles… we really feel like it sets the mood, ya know? All romantic-like…. We wrote S-Class in Nashville after reminiscing about old flames and the convenience of motorized vehicles… That song actually started with the pre-chorus (“Backseat, window steam, pulling off on a side road…”) and we kind of built the song from there.”

SRS: “If you guys win, how would you celebrate?”

“We’re not going to say we’d pop a ton of bottles…. but we’re not gonna say we wouldn’t.”

SRS: “What do you hope people take away from your music?”

“Our Ep, Rough Around the Edges, is inspired by our belief that you always have to be true to yourself. We all come from different backgrounds, and have put all our various influences into creating a sound that we believe hasn’t really been introduced in Country before. The inspiration to do something honest and new was our primary goal with this release. That being said, we hope that any listeners out there follow suit and stay true to who they feel they are, not what the world, society, or anyone else thinks they should be. Also we just want people to rock out with us…”

SRS: “Who would be your dream collaborator? Anyone dead or alive.”

“Given that we all love such different kinds of music, picking one person is REALLY hard… but we jammed out to Paramore the entire drive back from the BMI Songwriter Fest in Key West so… we’d love to work with Hayley Williams.”

SRS: “Tell us how your weekly YouTube show SLVR Sundays came about.”

“There are so many steps involved with creating music and getting it out to the world, and many of those steps take a lot of time. You’re often waiting on others, which is an important part of the process, but can leave you banging your head against a wall. We needed a new creative outlet and we really wanted to find our own way to constantly contribute to the whole SLVR world we created, and thus: SLVR Sundays was born! We’ve totally fallen in love with the process and we have so much fun coming up with new ideas, editing video, and replaying ridiculous outtakes.”

SRS: “We saw a quote on your Instagram that we just have to talk about: “The first bar I worked at allowed me to throw water balloons at rude people…I wish life was like that.”. Please explain Hannah.”

“Hahaha I’m serious! It was a bar I started working at while going to college. It started out that we just made fun of men that ordered girly drinks, but then we started taking judgmental liberties of who was deserving of a Big ‘Ole wet one. Ultimately, we created this bar culture were you had to either respect the staff… or go home soaking wet with hurt pride. Nothing is more satisfying than squashing a jerk with a water balloon, let me tell you…”

SRS: “What’s the future looking like right row for you guys? Got a five year plan or something like that?”

“We don’t really have an “ultimate goal” per se. We are definitely in it to win it, and however far our music can take us is where we’ll go. We want to be as big as possible, and reach as many people as we can. The sky is the limit!… although a Grammy also wouldn’t hurt… There’s always a lot in the works for us. You can expect more shows, more products, and hopefully some touring! We’re just getting started…”