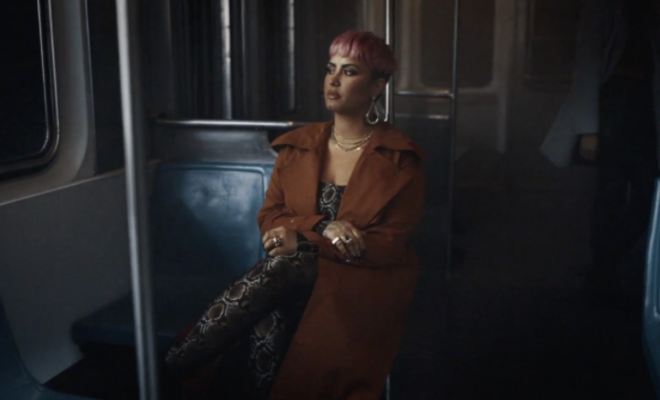 The Story Behind: ‘What Other People Say’ from Demi Lovato & Sam Fischer

What is the story behind Demi Lovato and Sam Fischer’s “What Other People Say”?

Demi Lovato and Sam Fischer on the Music Video

Demi Lovato and Sam Fischer met for the first time on the set of the Dano Cerny-directed music video. Vevo released a behind-the-scenes look at how the video came together.

“Dano’s [treatment] hit me like a ton of bricks,” Fischer admitted. “He’s a boss on set, someone I trusted immediately and gives incredible energy for every take.” He later said, I’m hoping that when people listen to ‘What Other People Say,’ they feel seen and heard, like there’s people out there who understand them.”

“You can feel connected to someone out there that’s going through the same thing you’re going through,” Lovato added. “Even though you’ve never met. I think in these times of isolation and loneliness, it’s a really important and timely message.”

“Although we’ve led such different lives, the humanity in the song and the message is something we both felt intensely,” Fischer continued. “Before meeting we already knew this intimate part of each other’s story.”

Fischer revealed that his favorite part of creating the music video was watching Lovato act on the monitor. “She’s such a pro, and the way she comes to life when the camera’s rolling is amazing to see.”

So what exactly was the inspiration behind the song and video? “They are two strangers who feel a connection but aren’t sure what it is.”