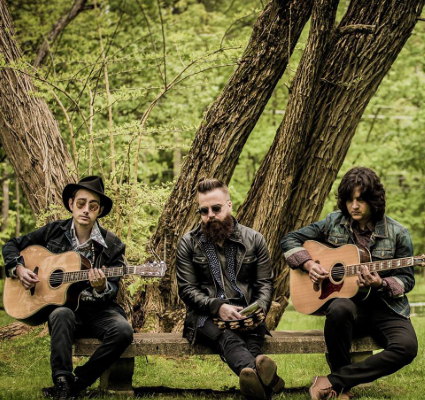 American indie rock band, Levy & The Oaks, recently released their debut single, “Slowly In The Water.” This single is off of their upcoming self-titled LP. The four pieced based is based in Asbury Park, New Jersey. Their music is a combination of catchy lyrics, melodies and arrangements to bring something totally new to the table. Levy & The Oaks’ sound is the perfect mix of indie pop and grassroots rock. The lead singer of the band, Duane Okun, commented on their debut single: “The track is about rebirth. Finding yourself feeling lost, extremely envious about those around you who seem better off. The first verse maps a struggle between society and status quo. What defines us? So many of us feel trapped in a mindless routine. The second verse needed a kick, so we went with a hip-hop influenced style for vocals. The format never changed, everyone added their parts and sang along. One of the easiest songs written for the record.”

Levy & The Oaks put together a playlist exclusively for Stage Right Secrets. Check it out below!