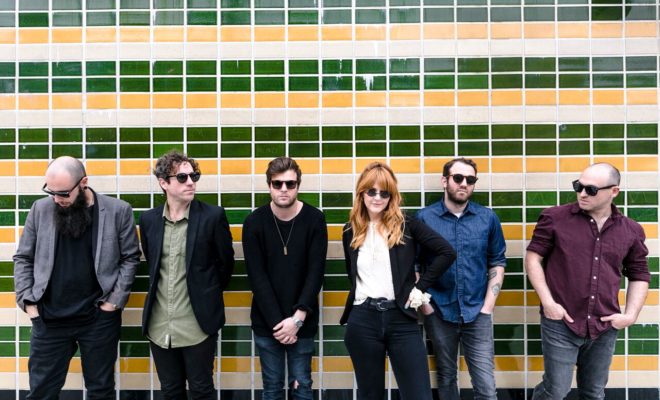 Our Exclusive Chat with The Mowgli’s

The Mowgli’s are a killer band and we got the absolute pleasure to chat with Josh!

What can you tell us about your new EP?
We’ve been reaching outside of our box, trying to make something new and exciting, and the new EP is filled with real emotion and variety. We didn’t set out to make a record about communication but once we picked these four songs it was what stood out to us.

What was the recording process like?
Every recording process has been different: Some records were made mostly in home studios and others in regular recording studios. Now we have a great system where we take a lot of ideas into a studio and get the base of the song as well as a lot of the big group vocals. Our producer Rob Ellmore is a great friend, so it’s a very comfortable working environment – we usually finish everything at his home studio where it’s relaxed and there’s no time issues – adding guitar or other little ideas that develop as we hear the song.

We’re proud to present our new EP American Feelings – four very different songs but a well rounded taste of who we are and how we’re navigating this wild world today. We hope you enjoy it and see you on tour! https://t.co/THFr35z6fE pic.twitter.com/CkgDnKn8Ak

Do you have a typical structure when it comes to songwriting?
We try to follow structure, but often try to break away from it. We’ve never been big on that – San Francisco from our first record has no chorus and it did pretty well. Now it depends on how the songs are written. Colin and I often work with Rob on songs that have at least some structure. But sometimes we work as a group and just start from an idea and jam on it until it takes shape

How did the Making Friends tour come about?
We’ve known about each other and played at least one show together in the past. Our managers and agents tossed out the idea and it made immediate sense to us. And it’s working – we’re having a blast with those guys. We also wanted to create a safe environment for fans to meet new friends and feel great – maybe people who only were familiar with one band or the other – we are also seeing a lot of that on social media: people who have never heard of us or JTG but are now fans. That’s the whole point of a tour like this.

So the question looms, what are your best tips for making and staying friends in a band?
Pick your battles, be patient & professional & always share the space. Buses are crowded – you have to be good at sharing

What is your set list looking like lately?
We’ve got a nice mix of songs from all of our albums and EPs in the set. We like to change it up frequently, especially when it comes to newer songs. But there’s a few that we will always play.

Do you have any rituals before you get on stage?
We always get together and set an intention for a great show. We put our hands in a circle and on three, yell something that typically makes no sense.

What has been the craziest fan reaction you have received?
One time I went to get in my bunk and a fan was in there waiting for me shirtless with my name tattooed on his chest.

Catch them on tour!