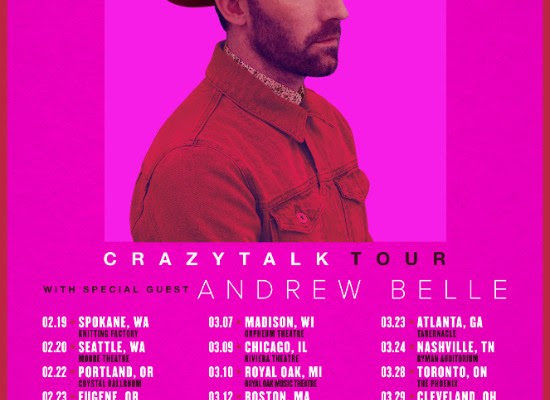 Mat Kearney shared his latest single “Kings & Queens,” the lead single from his forthcoming studio album CRAZYTALK. The song was written by Mat along with Judah Akers of Judah & the Lion and Grammy-Award winning writer and producer David Garcia, who also produced and mixed the track at his studio – Rock The Soul Entertainment.

Kearney previously announced the “CRAZYTALK TOUR” – a two-month long run that kicks off the third week of February. Fans can expect to hear new songs alongside fan favorites.  Check www.matkearney.com for the most up-to-date information on the new album and confirmed “CRAZYTALK TOUR”.