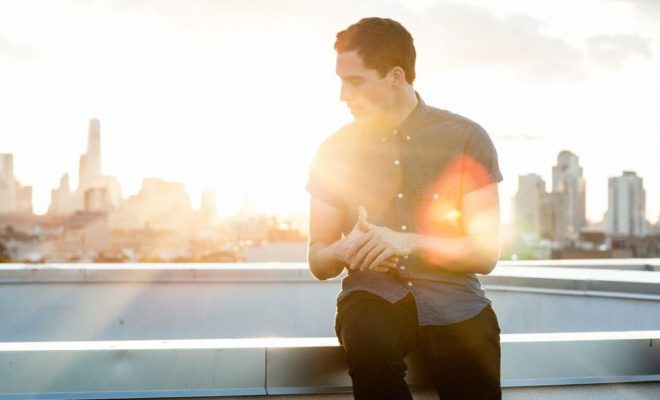 Jesse Ruben On Philanthropy And Music

Jesse Ruben has a heart or gold and vocals to match!

How did you get started in philanthropy?
It happened very organically. I’ve always tried to make giving back a part of my music, and live show. About ten years ago, my best friend Zack fell and broke his neck. I wrote a song about him (“Song For Zack”, on my first record, “Aiming for Honesty”), and sent it to The Dana And Christopher Reeve Foundation, because they are the largest non-profit for people with paralysis and spinal chord injury. I started performing at their events, which led to me becoming a part of their Champions Committee, which is their junior board, which then led to me running the NYC Marathon for them 3 years in a row, from 2010-2012. Unfortunately, right after that I got really sick, and took a couple years off to deal with Lyme Disease. It was a really scary, challenging experience. I feel so fortunate to have recovered, and now I feel a huge sense of responsibility to raise money and awareness for Lyme Disease research. This will be my second year running the NYC Marathon for that cause.

What are your favorite charities and why?
Oops, I accidentally answered this question during my first answer! Obviously The Christopher and Dana Reeve Foundation, as well as Global Lyme Alliance, the charity I run the marathon for now. I also have done a couple events with the Alzheimer’s Foundation of America, I think they’re doing really great work to raise awareness and money for research too. My girlfriend runs the NYC Marathon every year for Fred’s Team, which focuses on cancer research. There are so many worthy causes. It can sometimes be difficult to know where to put your time and energy.

Office for the day.

What inspired you to become a singer-songwriter?
I have just always absolutely loved everything about songs. Writing them, analyzing them, getting obsessed with them. I started playing guitar at 16, and within twenty minutes I knew that this was what I was going to do forever.
Is there ever a fear of being too honest in writing?

I really don’t think there’s any such thing. My writing style is very honest, and very direct. I don’t like to be vague or add a ton of metaphors. It’s just not my strength. So for me it’s best to tell the truth. And if it can rhyme in an interesting way, even better. The TRUTH is what people are listening for. They know it when they hear it. My job for the listener is to say the things that they want to say themselves, but can’t quite figure out how.

Your songs have been featured on One Tree Hill, Degrassi, Teen Mom and more. Is there a dream show (currently on air or not) that you’d love to have a song be featured on?
I recently watched all of “This Is Us”, I think that would be a perfect fit.

Tell us what you can about your fifth album “A Reply To Violence”.
It’s been a long time coming. I started working on it before I got sick, then put it on hold for 3 years, then scrapped everything and started over. It’ll be an EP, six songs. The central theme is dealing with difficult parts of life, whether thats internal, like an illness, or a heartache, or dealing with the crazy/scary stuff happening in the world. I got the title from a Leonard Bernstein quote I saw written on the side of a building in the east village; “This will be our reply to violence: to make music more intensely, more beautifully, more devotedly, than ever before”.

Had so much fun recording @hodakotb’s radio show on @siriusxm. It airs on channel 108 this Monday at 2pm ET.

You play a lot of schools, what is the response from children usually like? They’re pretty unfiltered!

Honestly, it’s some of the most rewarding work I’ve ever done. I have a initiative based on my song “We Can” called The We Can Project that has been implemented by hundreds of schools across the US and Canada. It focuses on teaching kids to try new things and give back to their communities. Visiting schools, and getting to meet students in different parts of the country is incredible. The ways they go above and beyond to help other people is so inspiring. Plus, they are adorable.

What’s it like knowing you have Hoda Kotb’s support?
I had someone in the music industry recently compare what happened to me with winning the lottery and getting struck by lightening on the same day. Hoda heard my song “We Can” in a spin class, and was so moved, she put the song on her radio show the next day. The day after that, she played the music video on The TODAY Show. a week later, I was playing it live on the air. Hoda was so genuine and kind to me and my family. To know that someone that so many people look up to is so supportive of me is very encouraging.

Born in Philly but currently residing in good ol’ Brooklyn! What are the pros and cons of each city?
For Philly, the pros are all about the sports team pride, cheesesteaks, and the music scene. The cons are that the sports teams recently haven’t been very good, and that people always ask about Pat’s or Gino’s (answer: NEITHER, go to Jim’s or Lee’s).
For New York, the pros are endless. I absolutely love living there. I’ve been in Williamsburg for almost 8 years. It’s exciting and creative, the food is amazing, the musical talent is phenomenal. The cons are that it’s crazy expensive, and that so many people I love have moved to LA and Nashville.
Related ItemsJesse Ruben
Giselle
← Previous Story Alec Joseph Talks New Single “Where Did Summer Go?”
Next Story → Lance and Lea: Exclusive Video Premiere!