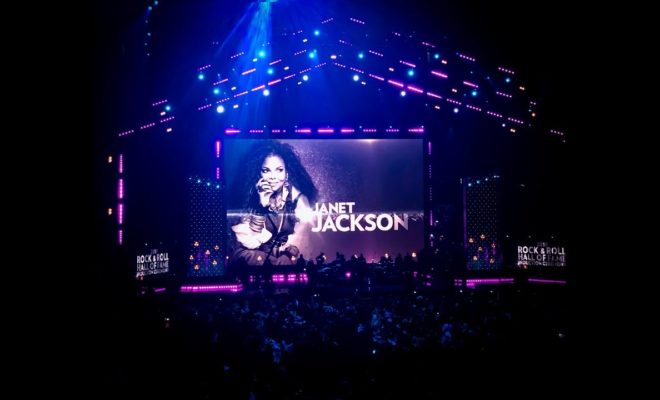 Janelle Monae presented Janet Jackson with her induction into the Rock N Roll Hall of Fame on Friday, March 29 at the Barclay’s Center in Brooklyn, NY.

Jackson’s acceptance speech was nothing short of epic. Even mentioning her brother Michael in her speech as well as the Jackson 5. “In 1997, my brothers were recognized for their musical passion by being inducted into the Rock and Roll Hall of Fame.  I was so, so proud, as you saw in the clip. I was always crashing their rehearsals, I was always tagging along, always with my brothers. I witnessed, along with the rest of the world, my family’s extraordinary impact on popular culture, not just in America, but all around the globe. The entire globe. And as the youngest in the family, I was determined to make it on my own. I wanted to stand on my own two feet. But never in a million years did I expect to follow in their footsteps. Tonight, your baby sister has made it.”

The 34th Annual Rock & Roll Hall of Fame Induction Ceremony, presented by Klipsch Audio is on Friday, March 29th. The show will be broadcast on HBO premiering April 27th on HBO, HBO GO and On Demand.