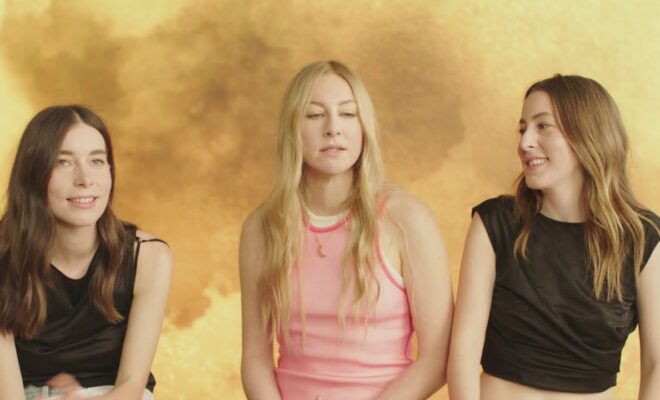 Haim sat down backstage at the 2021 Grammys to chat about performing live at the GRAMMYs.

After receiving their first GRAMMY Nominations back in 2015 for Best New Artist, Alana, Danielle and Este Haim are making their comeback to the GRAMMY scene. The sisters are nominated for two awards this year: ALBUM OF THE YEAR for Women In Music Pt. III and BEST ROCK PERFORMANCE for “The Steps.”

“On our way to this interview, we passed by so many of the venues that we played when we were coming up in 2008/2009/2010, before we were signed,” Danielle shared. “At that moment, we were playing to I think three people, at the 6:30PM opening spot.”

Since then, the sisters have come so far. In the last decade, Haim have released no less than three albums, the latest Women In Music Pt. III having been released in June 2020. Although they haven’t had the chance to promote it on tour quite yet, the sisters hope people have still been partying to their music at home. “Writing music is therapeutic for us but I think listening to music is equally as therapeutic,” Este explained. “I can only hope that music brought that to everyone during COVID and during quarantine.”

Not wanting to spoil too much about their upcoming performance, HAIM did share they were ready to “get out all the pent-up, year-long aggression that [they] have on the GRAMMY stage,” and we for one cannot wait to see that.