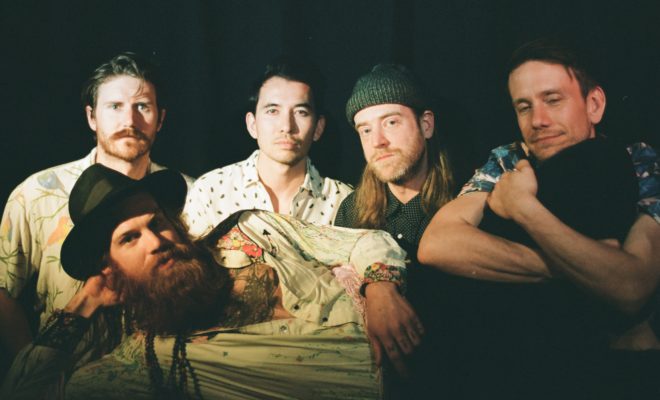 Longtime best friends Harvey Wright and Travis Goeres started Ponytails to create a psychedelic soundscape to the joys and labours of their love. Joined by Liam Less, Graham Serl, and Jasper Sloan Yip who all helped round out their sunburnt surf pop sound. Their recent EP “Darlings” (released August 2018) featured lead single “Cherry Pie”, premiered to sparkling reviews and a sold out release show at Vancouver’s Fox Cabaret. The single has been featured on multiple blogs and playlists all showing signs of promise for this upcoming band. Just Yours and Too Long are a solid representation of the coming soundscape that this five piece Vancouver band intend to evolve on. They recently opened for local favourites Peach Pit through the last leg of their US tour ending at the Troubadour in Los Angeles, and will be recording a full length album in the spring of 2019.

“We wanted to create a video that poked fun at the hilarity and absurdity of human nature; taking TGIF imagery and juxtaposing it with scenarios inspired by real life events- unbelievable occurrences that feel more at home in the plot for a sitcom than they do on a breaking news channel.”