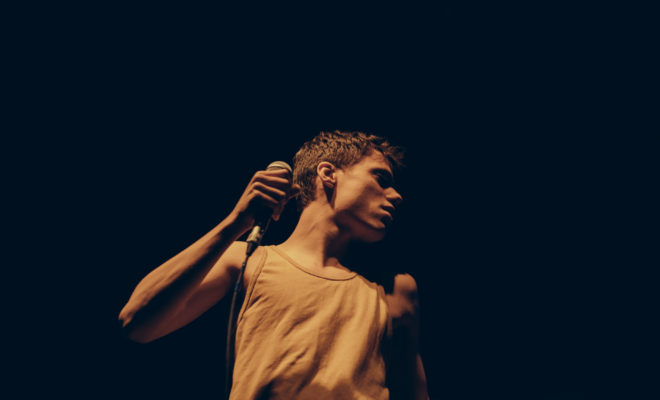 Your new favorite pop artist Myylo has released his new single “Lack of You”. The song showcases Myylo’s falsetto while telling a story of heartbreak. The story is relatable for almost anyone who has experienced a love gone wrong while simultaneously bringing a voice and melody that will be stuck in your head for days to come. Myylo tells us, “I’d been trying to write this song for a couple of years,” says Myylo. “I have a bunch of old songs, that are kind of embarrassingly bad, where I was writing about this one particular guy. But, when I wrote “Lack of You,” I felt like my soul had cracked open, and I finally was able to say what I needed to in the way I needed to say it.”

Myylo originally grew up in California, getting into a cappella music while also being in jazz band. He then took his songwriting to college at the University of Pennsylvania, studying under Grammy winning music critic Anthony Decurtis. With an Ivy League degree under his belt, he moved back to LA to intern at Jim Henson Studios for Grammy-winning producer Neff-U and former Head of Creative at Warner Chappell Judy Stakee. He has lived in Nashville for the past two years where he has been on the forefront of its burgeoning pop scene. His shows have drawn crowds of 200+ and he has been invited to attend song camps hosted by ASCAP, BMG Chrysalis, Baby Face, and Mike Posner. He is also heavily involved in Nashville’s LGBT community, hosting monthly shows that exclusively feature the city’s LGBT songwriters and artists.

Myylo will perform next at Nashville’s The Back Corner with Stela Cole on November 28.

Listen to “Lack of You”:
Spotify
Apple