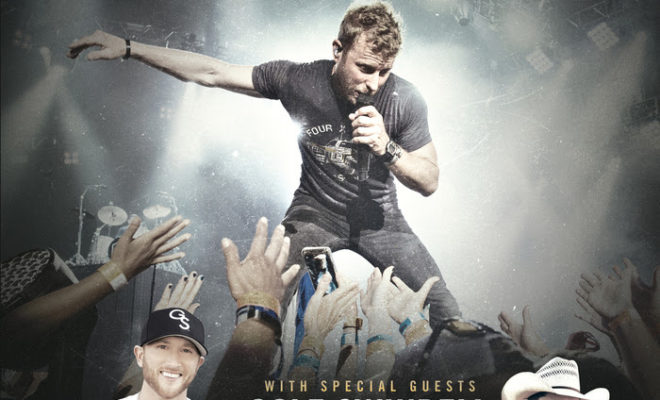 Who’s ready for one hell of a party? Dierks Bentley just announced his “What The Hell” Tour slated early 2017 featuring Cole Swindell and Jon Pardi. Take a look at the hilarious announcement video below.
“Coming off the electricity and emotion of two nights at Red Rocks last week, it felt right to just go ahead and announce plans for next year and keep this thing rolling,” shared Bentley. “There’s a song on my album called ‘What The Hell Did I Say’ and it seemed like an appropriate title for a tour with Cole and Pardi. I have a feeling I’ll be asking myself that question the morning after many of our shows and late night hangs because you really don’t know what will happen when the three of us get together. There has been a lot of drunk calls and texts between all of us over the last year trying to make this tour happen, and I’m excited we were able to pull it off.”
2017 WHAT THE HELL WORLD TOUR Cities:
Dayton, OH
Louisville, KY
Nashville, TN
Hamilton, ON
Oshawa, ON
Ottawa, ON
London, ON
Winnipeg, MB
Saskatoon, SK
Calgary, AB
Dawson Creek, BC
Edmonton, AB
Penticton, BC
Vancouver, BC
Cedar Rapids, IA
Sioux Falls, SD
Columbus, GA
Tupelo, MS
Knoxville, TN
Billings, MT
Rapid City, SD
Fresno, CA
Reno, NV
Related Itemscole swindellDierks Bentleyjon pardi
Jacklyn