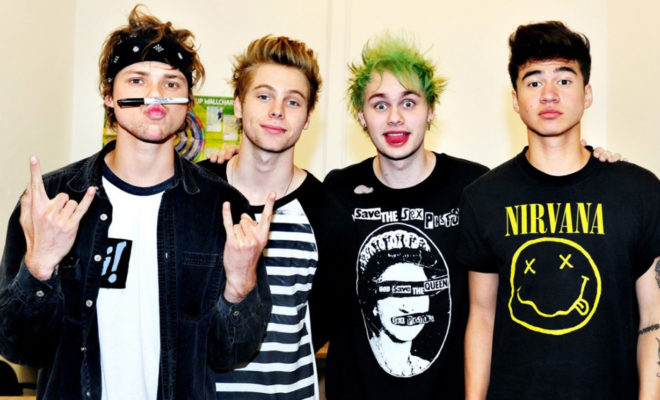 5 Seconds of Summer Documentary to Be Released

Australian’s pop punk starlets 5 Seconds of Summer are planning to release their How Did We End Up Here? concert documentary on November 20th. The all-access live concert documentary follows the boys around the world and captures their rise to stardom. There will be documentary segments, behind-the-scene footage, bonus features, and a full live show at Wembley Arena. With runtime a little over 3 hours, fans can expect to get an in depth look at the band’s life on the road and how they are dealing with their newfound fame. 5 Seconds of Summer have been rising in the limelight ever since touring with One Direction back in 2014 on the Where We Are Tour. The documentary gives fans an inside look at their humble beginnings to them selling out massive arenas today. Check out the trailer below!